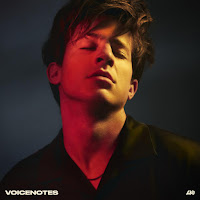 Charlie Puth's second album takes an introspective look into the paranoia of being a 20-something in LA the land of plastic and ego stroking where you can't trust the person to your left or right. This album is a call back to the 80's and 90's R&B scene blended with contemporary pop. The album tells a complete story about lack of trust, shallow action, and fear of being traded for the next best thing - although I don't always believe the emotions are ones he's felt - the vocals are top notch and this is a great step in the right direction of shedding his squeaky-clean reputation. His personality comes out more and he is exploring this dilemma he has trying to find the balance of staying himself and maturing in LA.

He starts off the album with "The Way I Am" which kicks off the events that happened in Hollywoodland. He distinguishes himself as someone who isn't into the Hollywood scene of doing things to be seen. Insecurities come out right away and he never tries to hide them. He is differentiating himself from the LA types from the get-go acting like he is trapped on the West Coast. But before we get the chance to digest those feelings, "Attention" starts to vomit his distain of LA. His falsetto is light and packs a punch. The feelings from the last track spill over into the next track, "LA Girls," where he blanket statement professes his distain for, well, LA girls. Yet, he still continues to show up to parties? He misses the West Coast, but still finds himself trying to enjoy LA.

"How Long" chronicles a story that makes you wonder how involved he was in the story he is recounting. Is this a generic feeling he is trying to capture? He is discussing his infidelity and the moment he was confronted by his significant other. The perspective is refreshing because he bounces between her point of view and his - almost like a conversation and shows that even in this moment where he looks insensitive, he is still being very sensitive. "Done for Me" is seductive and features Kehlani. Both their vocals blended are dynamic and danceable. Puth unleashes his soulful side and Boys II Men round out the vocals on the a capella track, "If You Leave Me Now". Lyrically and sonically this song is a classic, you're not sure what era it's from. Is it an homage to the peak of R&B or from the peak of R&B?

For those younglings who are into dating older people, "BOY" is your anthem. Puth recounts the time he was rejected by an older woman and refuses to accept the rejection reason - "'Cause I was born in the 90's". The vocal layering This track is the perfect cryptic message if this indeed did happen. Either way the sentiment digs its nails into your back flipping a low moment in his romantic life into a standout track. Puth and James use "Change" as a pre-cursor to the conclusion of the album with it's kumbaya, lets sing around the campfire feel with the sparse production of just a guitar and piano. Just when you think things are going well, "Somebody Told Me" pivots to a moment when he trusted his insecurities and gut. This track is the moment when Puth confronts a lover who was only half in love with him. Puth gets over this by talking to a woman who has a boyfriend in "Empty Cups" that he meets at a party and things are clearly pointing towards something sexual. The West Coast has officially consumed Puth. The conclusion to this story is "Through it All" a run of the mill and cliché ending to this intriguing story. His vocals are solid.

He is homesick and this album helps him get over his problems with the LA vibe he gets. The album isn't a steep departure from his first album, but he has writing and producing credit on every track. The approach is nuanced and vocally consistent. But the album is filled with bops and that is undeniable. The ownership of your creativity is more important than huge strides in musical offerings when it comes to lyrical content growth.

Check out all things Charlie Puth at www.charlieputh.com.
Email ThisBlogThis!Share to TwitterShare to FacebookShare to Pinterest