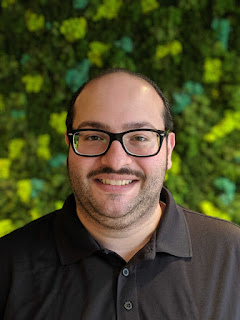 Contact me at Abe@AbeHarb.com for inquires or a full version of any script.Click here for my LinkedIn profile with professional and creative experience.
As a leader and team member, I effectively collaborate with a diverse range of team members by using adaptable communication styles and my personal zest. My day is powered by respect, humility, informed decisions, and humor to cut through the noise and work towards bringing harmony to discord.
I am known for...
-My concise writing skills (whether it is professionally, academically or creatively)
-My organizational/ coordinating skills
-My willingness to take and give constructive feedback
-My readiness to collaborate or independently work
-My people skills and professionalism
I am...
-I am an experienced editor, writer, poet, playwright, and content creator.
-I am a customer service professional and office support staff expert.
-I am an amateur director and photographer with a background in theatre stage management.


This is an abridged version of my life story:
Family and friends always ask me to help them edit and/ or write papers for them. I've even made a buck or two off of it in college! Writing takes a great deal of finesse, it's an entirely new ball game when you are trying to sound like someone else, in whatever medium. When I was in grammar school, one of my English teachers turned me on to reading. In fact, my mother (who worked at my school) would somehow always bump into my as I was carrying a stack of books to checkout at the yearly book fair. When I entered high school, I was introduced to poetry through Shakespeare, Edgar Allan Poe and Emily Dickinson. In 2008, I wrote my first poem, originally titled "Dear Ole Tommy" (which later ended up being a version of  "Screams Never Heard"). From then on, I was intrigued by words and how I can construct them to have the most impact.

I graduated high school and started at Wilbur Wright College in 2009. That is when my passion also became a career path I began to pursue. I joined the staff of The Wright Times Newspaper (door number one) and The Wright Side Literary Magazine, which you can read more about on my full resume. I was given several opportunities to chase dreams I never knew I would be able to pursue that quickly. The first door opened, then the second, then the third and so forth. Next thing I knew, I was a newspaper writer and editor, editor-in-chief of a literary magazine, a published poet, a publish and produced playwright, and a budding social media coordinator.

During this time, I spread myself in all directions because I love to write and I wanted to learn how to do it in all of the platforms available. I took mostly English and Literature courses during my time at Wright because I wanted to strengthen my vocabulary and learn how the greats wrote. Huge shout-out to Dr. Helen Doss who suggested I submit my poetry after seeing a piece I had written for a poetry assignment in her poetry class. I was hesitant to submit my work, but ended up submitting to The Wright Side. That was door number two that had opened and I didn't even realize it. From there, it was a great rise to college fame! I had become known on campus, because I had to constantly introduce myself to people for pieces as a collegiate journalist.

By the time I had a few months left at Wright, I was excited to be moving on to bigger ventures. My writing skills had led to numerous awards and honors. My personality made me well liked and respected. My legacy was set in stone and my peers were proud to have seen me grow into the confident person I was. During my time as the editor-in-chief of the magazine, I was able to usher in new writers and gave them the chance I was given to flourish. I successfully produced and artistic directed a play festival. Most of all, I was one of the three people who helped take a bunch of great prose, poetry and visual art and made a masterpiece to present to the student body at Wright. During my time with the newspaper, I had created the features section (which was later expanded and called "campus life," I was able to work along with the editorial board to better the organization as a whole and sprinkled a bit of that magical personality all over the campus.

The next chapter was most the most challenging. I had the tools and knowledge, but how would I balance expanding that and other opportunities? In 2011, I started at Northeastern IL University (NEIU) and soon made connections. Those connections led to more opportunities. Next thing you know, I am a full time student, with a job and a writer for the Independent Newspaper at NEIU. My first semester was a fluke academically, but I learned much about writing and was introduced to a slew of great writers through my course material (I still have every annotated short story from that term). That is the moment I made my decision and never looked back. I ditched the dream of becoming a writer via education and decided to focus my degree on Communication, Media and Theatre (CMT).

In hindsight, that was the best decision I made. As a CMT major I learned how to articulate my thoughts on three new mediums: in communication, media and theatre. Dissecting communication or lack of it became a tie for my favorite thing to do, besides writing.

2013-2014 was the most stressful and fun time I encounter in my college career, as cliche as it sounds. I accepted the job as editor-in-chief of SEEDS Literary & Visual Arts Journal with an amazing lady by the name of Camille Severino. We both brought a different creative aspect to the table. She brought the hunger to learn and I brought the experience. Together we cranked out two almost flawless editions of the journal.

In 2014, I was searching for employment and interviewed with the office manager of the CMT department who was searching for a good student office assistant. It was a one in a million match. In this position, I worked with him daily and another student office assistant. I was given the primary duties as a receptionist. I dealt with students and other visitors daily. I maintained a professional demeanor and my organizational and coordinating skills were utilized often and very appreciated. During my year long tenure, I was nominated for and recipient of The National Student Employee Association Student Employee of the Year Award. This distinguished recognition is for excellence in reliability, commitment, quality, initiative and professionalism as a student worker on the Northeastern IL University campus.

After graduating from NEIU in May 2015, I didn't choose to pursue solely writing as a career. If the opportunity was there, I would take it. If not, I won't chase it. I would like to use my writing and communication skills daily. Not that I don't have a preference, but any medium or platform works for me. I am flexible and can quickly adapt to any situation.

Shortly after graduating, I edited/ re-imagined a short play written in the experimental theatre workshop I did in college. In 2015 I was asked by a up-and-coming theatre group called Bring Your Own Theatre (BYOT) to direct a piece. I was a last minute fill in for a theatre friend from college, Hilary. You can click here for that footage.

From late 2015 into 2016, I was employed by a startup company for my customer service and writing skills, as well as my experience in theatre. This was my second job after graduation and I ultimately parted ways with the company because I did not enjoy the call center environment. During this time, I was able to help enhance templates for external use and suggest creation of new ones. The in-depth input of my hiring class of 7 assisted the training team in restructuring the training process. I was able to further my knowledge in customer service and use my experience as communicator, writer and customer service professional.

At Stage Center Theatre, the first 3 productions I worked on were as an apprentice (while still in college) and the last 2 were as a contract hired professional. I was the stage manager for those two productions. I worked with a team of 3 backstage crew members and a cast of 8 (for With Two Wings) and 12 (for The Emperor's New Clothes), as well as a production team of 4 faculty members.

The rest of my time is utilized being a customer service professional, combining my skills into a neat bundle. I am a Sr. Driver Acquisition and Retention Specialist with Grubhub and using my skillset in a different way daily. I am on a taskforce that keeps the department standard operating procedures training and continued learning content up to date and easy to understand. I continue to write poetry (when inspiration strikes) and sporadically review albums exclusively for my website. I enjoy bringing out my creativity on Instagram where I create a variety of content and feature my phone photography (as I call it).

Creativity runs through me and I will always create and write. It's just that the rest is still unwritten! Not in a cliché way - it is literally unwritten.
Email ThisBlogThis!Share to TwitterShare to FacebookShare to Pinterest